Aggravation over  Skyrim PS3 DLC release eats at gamers. Dawnguard for PS3, is still a hopeful dream as well as Hearthfire, these are both available for Xbox 360. Recent tweets given by one of the people from Bethesda may shine light to what seemed like a lost cause.

There has been earlierrants on Twitter to Bethesda as they continue damage control over the lack of DLC availability for the Playstation 3. As reported by Product Reviews website, Pete Hines, the Vice President of PR and Marketing at Bethesda sent out a recent tweet response to a Twitter member, which claims that a PS3 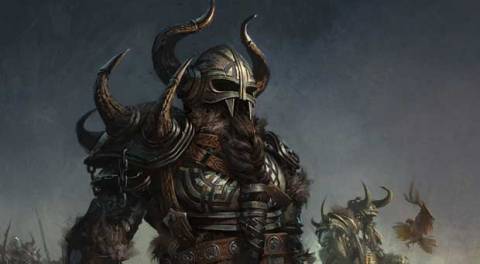 version of the DLC is still being worked on. Pete Hines tweeted:

“@NazDaBaz_MTW not cancelled, still working on it. The process of “trying things” just isn’t a quick one.”

With reading this statement, the only thing we can hope for is that PS3 owners get to experience the full effects of Skyrim soon.

Dead Island:Riptide CGI Trailer released, will it be as good as the first game?

Dead Island: Riptide CGI trailer was released, and after watching the couple obliterate themselves in a huge explosion created by propane and a lighter. This video definitely chilled me more than the announcement trailer for the original Dead Island video game. Basically you have to see it for yourselves to get the full feeling that most of us are feeling.

For more information on this stay tuned to KotC for more as it develops!

Merle is back, does that spell trouble for Rick?

Looking at Merle, piercing us with his  stare and metal-encased stub of an arm, it makes us wonder why Merle Dixon survives to return in Season 3 of The Walking Dead. Having sawed off his own arm to escape a hallucinatory wave of zombies at the end of Season 1, Merle is back, now with pirate like feature to add to his colorful personality.

Micheal Rooker, who plays the brother of Daryl Dixon, talked to Comic Book Movie about the return of southern extremist, Merle, who had built up a fan base in his absence. When asked in his interview whether it was difficult to portray such an explicitly vicious character, Rooker was all pro:

Nah…I mean being uncomfortable is a good thing for an actor. How I feel as a person can’t be allowed to influence all of what I do as a character. And Merle is definitely a character.

For not appearing in the original comic series, Merle is unique to the TV show. Rooker feels that this gave him more room to make the character his own, with his southern upbringing playing a crucial part in Merle’s development. It makes us all wonder what do they have in store for Rick and the other survivors, and most importantly what will happen with Daryl?

Aside from racial slurs and a dangerous drug-habit, Merle has a deep bond with his brother Daryl, played by Norman Reedus. After his haunting surprise appearance towards the end of last season, and Merle’s hot temper, we can expect an explosive brotherly reunion.

Season 3 of The Walking Dead airs on October 14th.

For more information on this stay tuned to KotC for more as it develops!

Until then check out this related article: 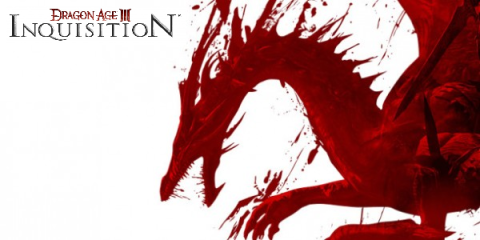 Dragon Age 3: Inquisition, the third game in BioWare‘s Dragon Age franchise, will be released on late 2013. I wish we had more information to share with you, unfortunately there isn’t anything further to include. We know that BioWare is known for their elaborate ability to tell a story, and the Dragon Age Saga is hugely played for the RPG and Story aspects. For me the Dragon Age Series has provided countless hours of pure fun. Looking forward to finding out more about this excellent and anticipated announcement.

Until then check out these related article:

The Last of Us

The Last of Us

After watching this video, and reading all the reviews and rants, I have decided this game would be a reason to buy a PS3 again!!

Survive an apocalypse on Earth in The Last of Us, a PlayStation 3-exclusive title by Naughty Dog. Here, you will find abandoned cities reclaimed by nature. Here is a population decimated by a modern plague. Here, there are only survivors killing each other for food, weapons, or whatever they can get their hands on. Here, you find no hope.

Joel, a brutal survivor, and Ellie, a brave young teenage girl who is wise beyond her years, must work together if they hope to survive their journey across the US.

Furthermore, if you like survival, and you love the sneaking around and wanting to destroy everything than this is the game for you to demolish.
Imagine my joy, when i first watched Joel grab a guy use him as a shield and then brutally beat the man sensless when he didn’t need him anymore, migh have well qued the hail music. All in all I will have to play this game and so should you. 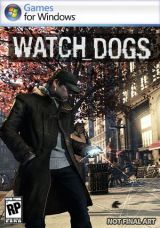 Watch Dogs is a ground-breaking open-world action-adventure game called designed by a team comprised of industry veterans from blockbuster franchises like Assassin’s Creed, Rainbow 6 and Far Cry. Watch Dogs blends cutting-edge technologies and sophisticated game design into a realistic and living open world where players must use any means at their disposal to take down a corrupt system.

This Game is going to Alter the very foundation of Gaming as we know it! There is not much information for me to go on here, But as I get more so will you. All i can say is WOW!
Release Date: TBA
RP-M+ for Rating Pending, Targeting a Rating of Mature or Above:
Genre: Action
Publisher: Ubisoft
Developer: Ubisoft Montreal 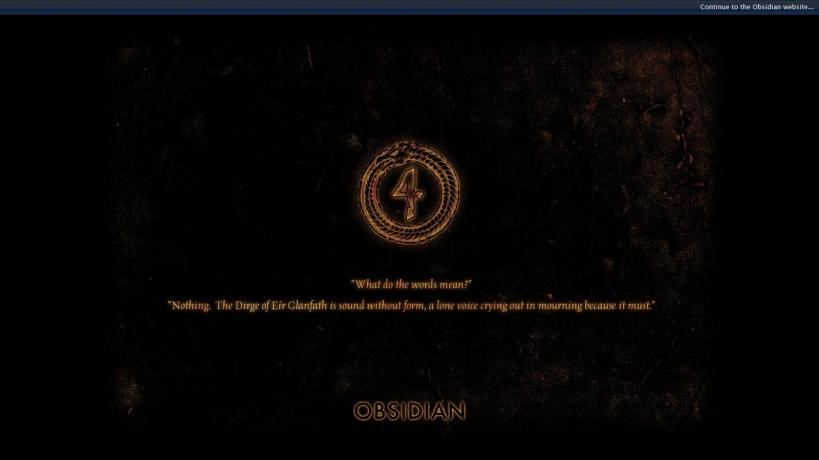 (4)
“What do the words mean?”
“Nothing. The Dirge of Eír Glanfath is sound without form, a lone voice crying out in mourning because it must.”(4 Hidden in the code)
To tenderness, fellowship. To fellowship, vigilance. So bring we all to the Night Market. I am the Spindle of Esenath. Know me by my light and stand with me in darkness. 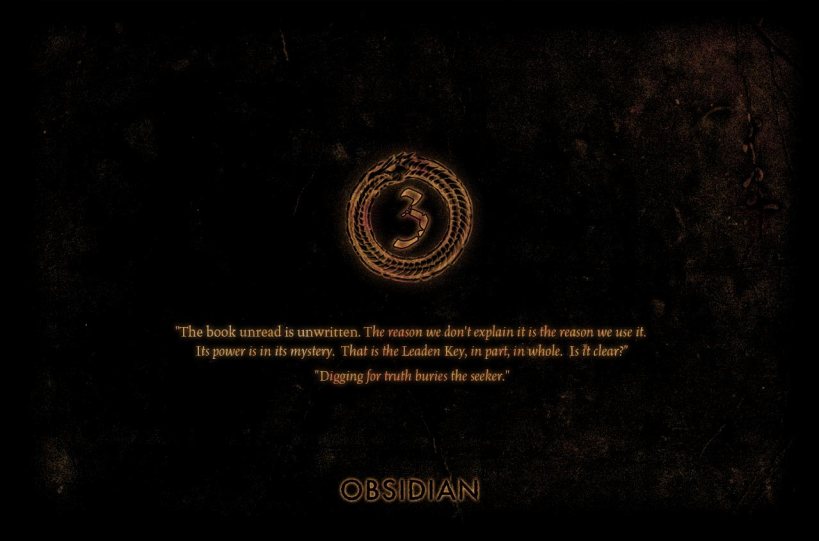 (3)
“The book unread is unwritten. The reason we don’t explain it is the reason we use it. Its power is in its mystery. That is the Leaden Key, in part, in whole. Is it clear?”“Digging for truth buries the seeker.”(3 Hidden in the code)
Two centuries ago, your divine champion told the people of Dyrwood to grovel at his feet. If you’ve come on pilgrimage to the blasted crater that was our reply, Godhammer Citadel is *that* way.
This seems to be a Fantasy Setting for their RPG, so is it possible it will be completely new? 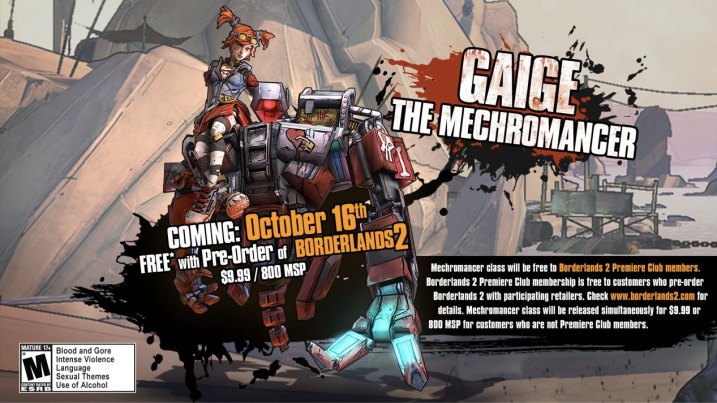 Until then check out these related articles:

Hungry for Borderlands 2, why wait?

It has been over ten years since the Raccoon City incident and the President of the United States has decided to show the truth behind what took place in the belief that it will curb the current resurgence in bioterrorist activity. Due to be by the President’s side is his personal friend and Raccoon City survivor, Leon S. Kennedy, but when the venue suffers a bioterrorist attack, Leon is forced to face a President transformed beyond recognition and make his hardest ever decision. At the same time, Bioterrorism Security Assessment Alliance member Chris Redfield arrives in China, itself under threat of a bioterrorist attack. With no country safe from these attacks and the ensuing outbreaks, the entire world’s population is united by a common fear that there is no hope left.
In a first for the franchise, Resident Evil 6 sees series favorites Leon and Chris come together to face this unprecedented threat. They will be joined by new characters, each with their own unique perspective and involvement, in this relentless dramatic horror experience enacted on a global scale

Until then check out this related articles:

Obsidian Project X, what could it be?

So upon investigation into Obsidian to see what they were up to, I went to their website and stumbled upon this

for their landing page. 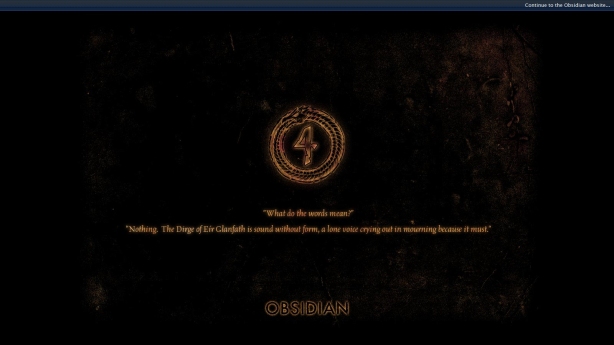 Now once you click on the image it takes you to their forums with this Greeting you, Project X Speculation?

So could this be, the new Dungeon Siege, there is also speculation about this possibly being a Kickstarter Project for Obsidian, Fans want it to be Fallout 4 so bad, but we all now Bethesda will do that internally, so what do you all think this could be? Let us know in the comments below, tweet this article, paste it all over the net, let’s get to the bottom of this mysterious Project X. I will leave you with this Hidden clue

<!– To tenderness, fellowship. To fellowship, vigilance. So bring we all to the Night Market. I am the Spindle of Esenath. Know me by my light and stand with me in darkness. –>